On April 2-4, 2019, Elixir Estonia together with the Nordic e-Infrastructure Collaboration (NeIC) is hosting a CodeRefinery workshop for graduate students and researchers. The workshop will take place in Tartu.

The main focus is on professional tools for efficiently developing and maintaining research software.

Who the course is for?

Are you doing any of these things below:

If yes, then this course is for you. Most participants are not "professional code developers" or computer scientists.

Space is limited and it will likely fill quickly. The workshop is free for everyone.

We hope to see you at the workshop!

The registrations are open for the ELIXIR Finland course Variant analysis with GATK in Helsinki, Finland, on 14.-17 May 2019.

Application are open for CORBEL Data Visualisation for Biology: a practical workshop on design, techniques and tools in Hinxton, UK, on 11-15 March 2019. The registration deadline is on 25 January 2019.

The ELIXIR Plant Community is pleased to announce that MIAPPE version 1.1, an updated specification of the Minimal Information About a Plant Phenotyping Experiment, has been officially released. Work is now commencing on the next version of MIAPPE, v2.0 and further improvements can be suggested via miappe-feedback@ebi.ac.uk

DTL & ELIXIR Netherlands in collaboration with the French, UK, and German Nodes, is organising an event Boost Your Visibility – Improving “F” of FAIR for Dutch Training and Data Resources through Bioschemas in Utrecht, the Netherlands. The pre-registration is now open.

EMBL-EBI is organising a training course Metagenomics Bioinformatics on 10-13 June 2019 in Hinxton, UK. The registration is now open.

Applications are open for the ELIXIR Italy course Single Cell RNA Sequencing and Data Analysis, on 7-10 May 2019 at the Telethon Institute of Genetics and Medicine (TIGEM), Italy.

The Barcelona Supercomputing Center (part of ELIXI Spain) is looking for a highly motivated Research Engineer to join the Computational Genomics group.

The Vrije Universiteit Amsterdam (part of ELIXIR Netherlands) has an open tenure track position in Bioinformatics or Statistical Machine Learning. Applications need to be received by 19 December 2018. 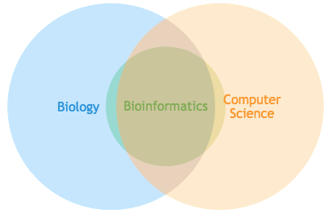 Audience: Biologists and Computer Scientists (and others) working in the field of Bioinformatics - maximum 14 participants. Registration is available here.

This workshop aims to:

- act as a springboard to improve communication between Bioinformatics subgroups (i.e. Biologists and Computer Scientists)

Most researchers know that data management is an important part of their work and is essential for getting the most out of your data. But what exactly is data management and what can you do to ensure that you’re managing your data well?

In this mini workshop you will learn what to consider when managing life science data and gain hints and tips for submitting your data to a public resource.

Registration and participation is free of charge. Up to 20 participants can take part. Please register here.